Build a new landing site for TriMet’s “Name the Bridge” campaign. This project involved the initial design and launch of a mini-website. After the initial build and launch, the ongoing maintenance and updates was returned to TriMet’s in-house team.

This campaign began in 2013 and reached the final stage in 2015. The Tilikum Crossing (Bridge of the People) carries MAX Orange Line trains, buses, streetcars, cyclists and pedestrians over the Willamette River in Portland, Oregon. 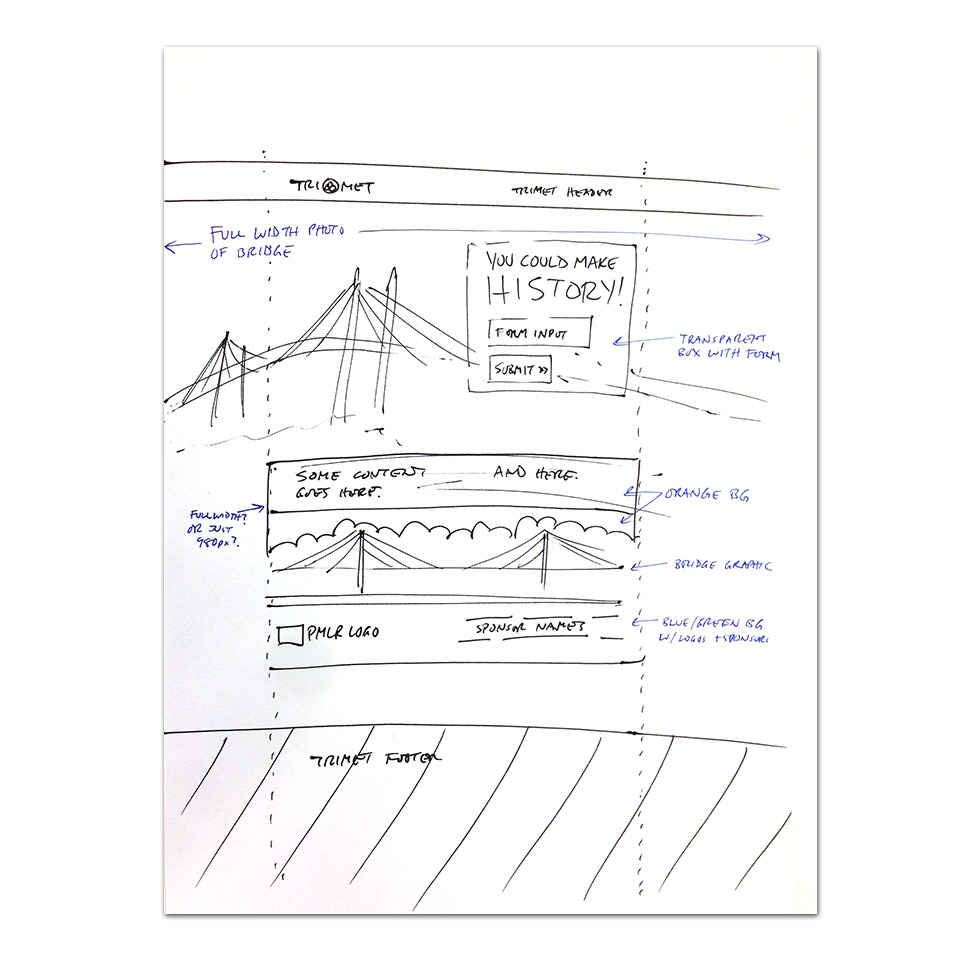 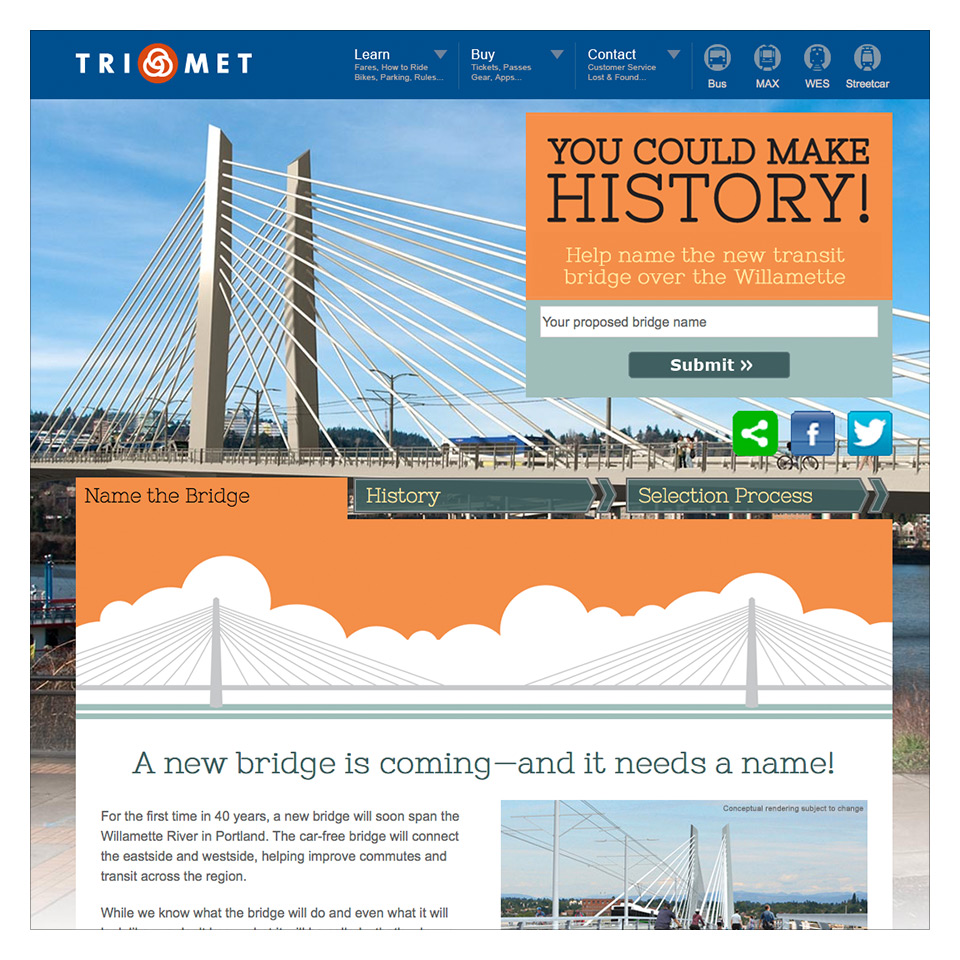